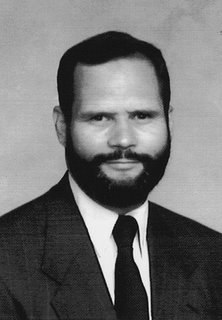 Steve Lefemine, director of a Christian Pro-Life, Pro-Chastity Ministry has served as a pro-life missionary since 1991, and has been involved in pro-life activism full-time since 1989. He presently directs Columbia Christians for Life, which brings a Christian pro-chastity and pro-life presence to the streets outside abortion centers and government high schools and USC, as well as to legislative activities at the South Carolina State House, and both state and federal elections.

Raised on Long Island, New York, he is a 1977 graduate of the United States Military Academy at West Point, NY with a B.S. in General Engineering. Having graduated from the Airborne School at Ft. Benning, Georgia while a cadet at West Point, he was awarded the Army Parachutist Badge. He began active duty service as a field artillery officer with the US Army in 1977, and successfully completed the Field Artillery (FA) Officers Basic Course, and the FA Cannon Battery Course, as well as the Motor Officer Course. He served with the 25th Infantry Division at Schofield Barracks, Hawaii, and with a Training and Doctrine Command unit at Ft. Hood, Texas. Lefemine served on active duty with the US Army until 1982, during which time he was awarded two Army Commendation medals. He left active duty with the rank of Captain in 1982, and resigned from the Individual Ready Reserve as a Major in 1993.

Employed by Michelin Tire Corporation in 1982, he served as an industrial engineer in the semi-finished products plant in Anderson, SC until 1988. Following employment at Michelin, he served on the campaign staff of a candidate for the U.S. House of Representatives.

Additional achievements include certification as a Private Pilot, and graduate of the US Army’s Infantry Officer Advanced Course while a Reservist.

He is 50 years old, has never been married, and presently lives in Cayce, SC.